The main difference between them is that whereas the latter (properly temporal objects) temporalize for human experience, as the support for human time-consciousness, the former temporalize independently from human concerns 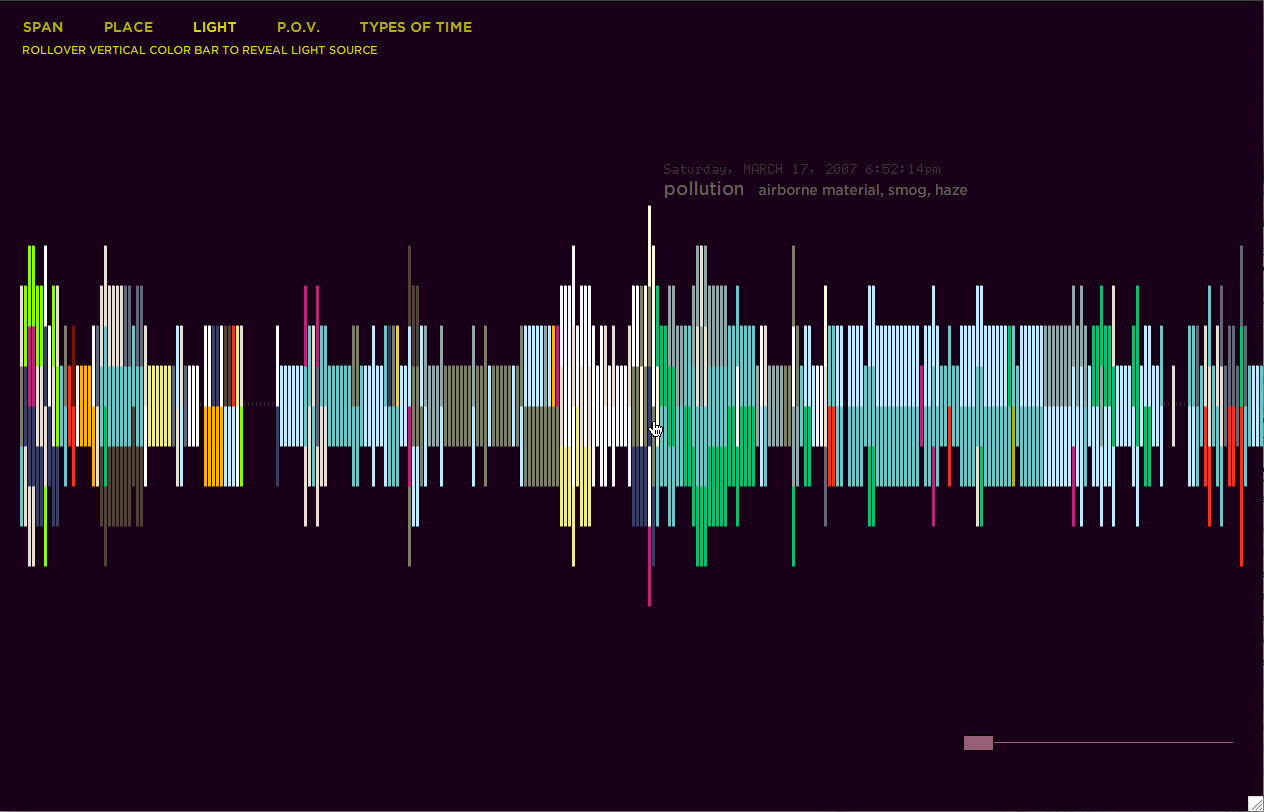 All info and conversations from this project page
http://vectors.usc.edu/xml/projects/shi_jian_v1.xml

RSS feed of the conversations from this project page
http://vectors.usc.edu/rss/project.rss.php?project=91

Editor's Introduction
In the past decade the sheer volume of visual media on the web has exploded. Over 20 hours of video are uploaded to YouTube each minute. In September 2010, Flickr surpassed five billion photographs, while Facebook claims that 2.5 billion photos are uploaded to its site each month. Photography on these sites is often arranged into virtual albums, meant perhaps to organize both memory and time, stitching continuities between older and newer forms. Yet, as has been frequently (and often nostalgically) noted, this digital imagery differs from its analog predecessors. Digital media fundamentally abstract space and time, lessening their indexical claims through the processual nature of computation. What is the status of the digital image, and how might it shift, interrupt or otherwise scaffold our experiences and conceptualizations of time? Might the vastness of imagery on the web and the algorithmic structures of the internet unfold into experiences of alterity not predicated on human scales of time and memory? Can we conceive of these experiences in a register that doesn't smack of loss?

In shi jian : time, Mark Hansen and his collaborators take up just such questions. At its core, the piece consists of Hansen's personal media archive of six months spent living in Beijing -- a database of over 1200 images and 103 videos. The individual images are not wildly different from those populating Facebook or Flickr. They encapsulate familiar domestic and touristic scenes, the rituals of daily life and captured locales. Yet the interface design brings the data structure to form in precise and conceptually loaded ways, intent on shaking these images free from the conceit of the virtual album or tour. Rather, it activates the archive across multiple axes, allowing the user to sort the collection by date, place, quality of light, p.o.v. and type of time. These methods of visualization -- from a timeline to a gorgeous color-coded interpretation of light sources -- both organize and distance the photographs, ideally opening the user up to an experience of the heterogeneity of temporality. As such, Hansen's project seeks to wrench what might seem a personal archive of mediated memory toward a robust engagement with the very nature of time and transition, allowing for diverse retemporalizations.

One provocative assumption of the piece is the analogy it draws between transition as a natural or cosmological process (in Chinese conceptions of temporality) and transition as the computational processing of temporality (from one discrete state to another). While one might take issue with the deployment of "the East" in the project's framing remarks (as some also have with the work of Francois Jullien, upon which Hansen builds), shi jian : time does offer compelling points of entry into what Hansen deems "the computational infrastructure of our immediate lifeworld." In the face of an explicit or implicit pessimism in theorists such as F. Kittler or D. N. Rodowick when confronting digital forms, Hansen retains a forceful sense of possibility, both in his ample scholarly writing and in this piece. He pushes toward a way of accessing "the uncapturable, constitutionally excessive power of time" and of ethically engaging with transition.