Technologies of History is a case-study, an opportunity to put into practice some of the arguments I have been developing over the past few years thinking about the entangled relationships among media, history and memory. 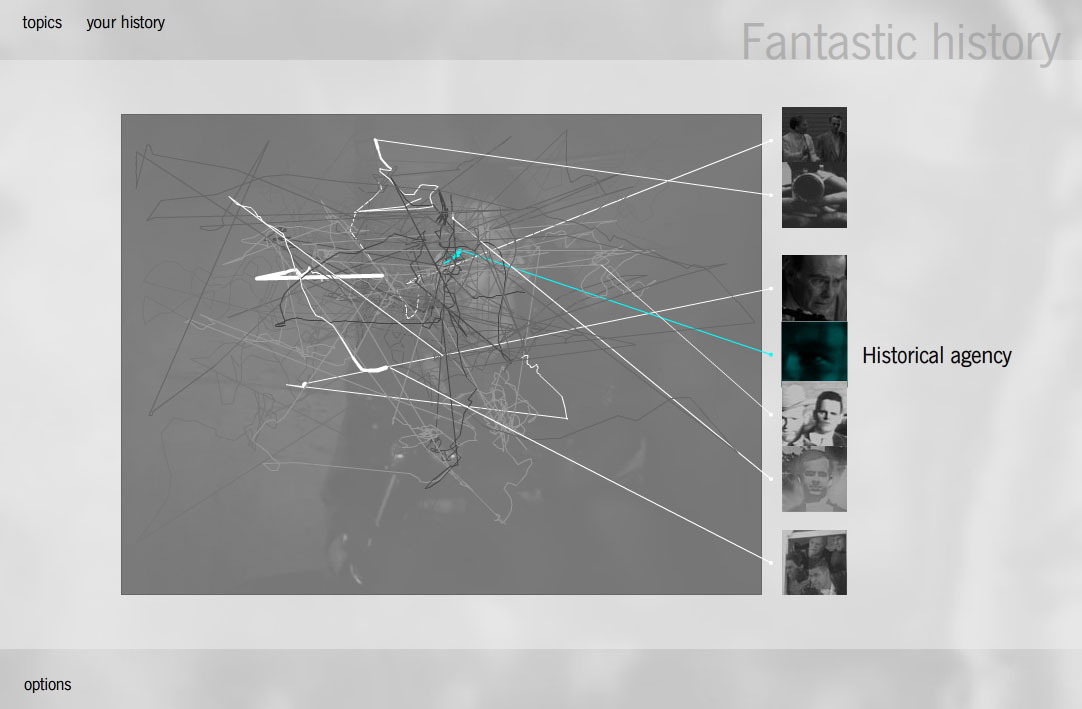 All info and conversations from this project page
http://vectors.usc.edu/xml/projects/technologies_of_history_v1.xml

RSS feed of the conversations from this project page
http://vectors.usc.edu/rss/project.rss.php?project=89

Editor's Introduction
Within the confines of this piece, author Steve Anderson observes, "We should not ask film or video for the truth about the past, but we can look to them for clues, myths, and symptoms of historical fixations." The project takes as its central object of analysis one of those moments of historical fixation that seems indelibly engrained in the American consciousness, the assassination of John F. Kennedy, Jr. in November, 1963. In exploring multiple mediations of this event, Anderson and designer Erik Loyer repeatedly draw our attention to the textured, layered and unstable nature of both historical representation and historical memory.

This is an argument about the truth claims of media that is instantiated via media, both through the curated collection of media artifacts assembled here and through their formation into a new interactive experience. The assortment of clips runs the gamut from historical footage to televisual re-imaginings to video game reenactments, providing a rich compendium of the tenacity of this moment within the nation's collective memory. Various tonal registers collide: the somber, the flippant, the intimate, the nostalgic. Disparate visual styles intersect and refract one another. But this argument does not unfold solely at the level of content. The form of the piece also reconfigures and undermines the possibility of a single, authoritative history. As the user engages the piece and assembles these historical fragments into new forms, building her own history along the way, the primacy of any one meaning is collaged away. "Technologies of History" deploys the motion tracking feature of Adobe AfterEffects to highlight and call into question our desire for a transparent and scientific analysis of media that might somehow render or reveal a fixed and certain truth. As each of the clips unfolds, the motion tracker increasingly obscures the viewer's line of vision, foregrounding the work of the interface at play in any re-creation of the past and frustrating the positivist promises of visual analytics.