Gidget on the Couch

Gidget, the book that started it all, has been back in print or more than a decade, Kathy, the one and only original Gidget, has been profiled in other documentaries, and is a guest of honor at surf festivals all over the country. 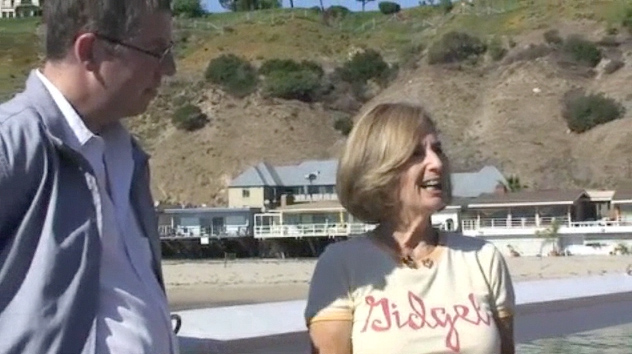 All info and conversations from this project page
http://vectors.usc.edu/xml/projects/gidget_v1.xml

RSS feed of the conversations from this project page
http://vectors.usc.edu/rss/project.rss.php?project=96

Editor's Introduction
We knew when we commissioned Peter Lunenfeld to create a project based on his article from The Believer "Gidget on the Couch: Freud, Dora (No Not That Dora), and the Secret Austro-Hungarian Roots of Surfing" that the result was likely to stretch the envelope of previous Vectors scholarship. Lunenfeld has a long history with experiments in electronic publication including the Mediawork pamphlet series for MIT Press and collaborations with designers including Mieke Gerritzen and Anne Burdick, resulting in scholarly works that are part art-object, part personal essay, and part showcase for his own eclectic interests. The consistent brilliance of Lunenfeld's work is its expansive scope and willingness to take risks to connect seemingly unrelated dots. Gidget on the Couch is no exception.

The resulting video, created in collaboration with designer Dmitri Siegel, takes the specific affordances of its form - that of the video essay - seriously, including elements that are literally only possible on video, such as watching the author move through a variety of non-traditional on-screen academic personae: detective, surfer, fan. Lunenfeld travels the city in search of existing historical threads by which to tie together the loose ends of his story, mapping traces of the Austro-Hungarian empire from the Hollywood Hills to the beaches of Malibu. The graphics that subtend Lunenfeld's vehicular traversals are marked not by the geographic specificity of Southern California, but by conceptual touchpoints within his remapped history, reminiscent of the Situationist practice of navigating one urban environment using the map of another.

Like all good contrarians, Lunenfeld sets out to challenge the received wisdom surrounding his object of study and, by proposing an outlandish inversion - say, that Southern California surfing culture derives from early 20th century Europe rather than the island cultures of Polynesia - invites viewers to think differently about the forms and conventions of scholarly practice. Like the Situationists, Lunenfeld aspires not necessarily to achieve the literal truth of the past but to expose the systems underlying the pathogenesis of historical narratives writ large.