The project began as a conversation with Ruby about how to transfer the archive, that I had accumulated over the last twenty-four years, to her family who lived at Belyuen, a small indigenous community in northwestern Australia 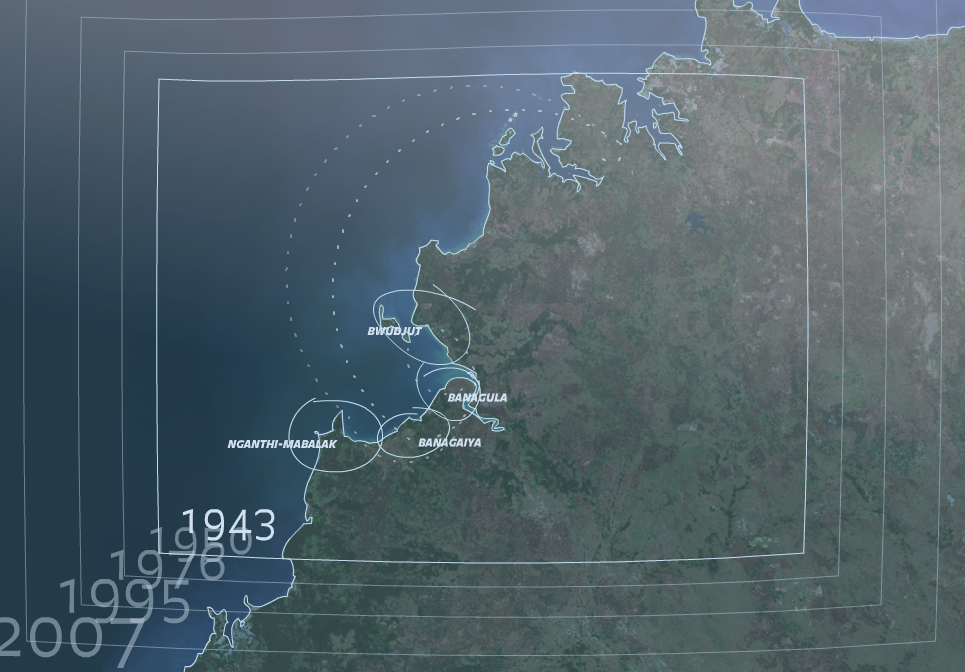 All info and conversations from this project page
http://vectors.usc.edu/xml/projects/digital_futures_v1.xml

RSS feed of the conversations from this project page
http://vectors.usc.edu/rss/project.rss.php?project=90

Elizabeth Povinelli   ep2122@columbia.edu
www.publicculture.org/authors/elizabeth_povinelli
AuthorElizabeth A. Povinelli is Professor of Anthropology and Gender Studies at Columbia University. She is the author of three books, Labor's Lot (Chicago, 1994), The Cunning of Recognition (Duke, 2002), and The Empire of Love (Duke, 2006). Povinelli's writing has focused on developing a critical theory of late liberalism. This critical task is grounded in theories of the translation, transfiguration and the circulation of values, materialities, and socialities within settler liberalisms.

Peter Cho   peter@pcho.net | pcho.net
Designer/ProgrammerPeter Cho is a Los Angeles-based media artist and designer. He holds a Master of Fine Arts degree from the UCLA Design | Media Arts department, where his work dealt with issues of language, writing, and meaning and a Master of Science degree from the MIT Media Lab, where his design research explored custom models for typography in time-based and reactive media. He has received honors for his work from Ars Electronica, Tokyo Type Directors Club, New York Art Directors Club, ID Magazine, and Print Magazine. His work has been shown at the Telic Gallery, Ginza Graphic Gallery, Ars Electronica, Art Sonje, Seoul Arts Center, the Art Directors Club, and Cooper Union. His interests include issues of electronic textuality, narrative, and mapping.

I would like to thank The National Archives of Australia, the Northern Territory Libraries Services, the Pattemore Family and Linda Davis for permissions to use images from their archives. I would also like to thank my friends and colleagues in Australia are actively working on this project, including Linda Yarrowin, Rex Sing, Cecilia Lewis, Rex Edmunds, Lenny Burrburr, Alice Wainbirri, and Ester Djarem, those in their families who have passed away, but are featured in this project, and the Northern Territory Libraries and Knowledge Centres program.